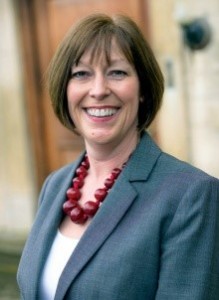 Entering one crossword answer can often help you with those that are linked to it. You may not be able answer each question individually but filling in a few letters here and there can gradually help you complete the grid.

Speaking to Anstee & Co managing director Caroline Anstee, there is a sense the same could be said of financial education. Get it right and you unlock solutions to related problems, such as the advice gap and attracting new talent into the industry.

“Everyone should have financial education. It’s one of life’s basic skills but nobody recognises how important it is. There are two things everyone should learn: how to look after money and how to cook. Nobody can live without money or eating,” she says.

Financial education became compulsory in secondary schools in 2013 as part of maths and citizenship lessons. However, research published at the end of last year by the London Institute of Banking and Finance found 58 per cent of students aged 15-18 were not taught about personal finance at school.

Anstee notes there has been talk about bringing financial education into the primary school curriculum too but she feels there is still not enough being done by the Government and financial services industry to improve financial literacy across the board.

Around 12 years ago, Warwick University asked Caroline Anstee to write a personal finance module for their students but they stopped the course for funding reasons. She now teaches personal finance as a life skill at Sheffield University.

“It’s not just about debt, it’s about general understanding of saving. Saving for retirement, for example.  I say to the students: ‘you’re 20 and now at uni now but you could get to 48 and get divorced, which could set you back’. People don’t know how to react; they just think about things year to year. The students realise they never knew what personal finance was all about, even the ones studying maths and economics.”

Last year, Anstee teamed up with Seven Investment Management to create a series of 13 personal finance videos primarily aimed at students but which are useful for anyone needing an introduction to topics such as tax, mortgages, debt, budgeting and investments. “We are looking at doing some more, as they are a good way of getting to more people,” she says.

Anstee’s interest in financial education started in her banking days. During her 21-year career at NatWest, she visited schools to teach children about money using the bank’s famous family of ceramic pigs. However, she got to a point where she wanted to give clients independent advice rather than be restricted, so she joined IFA firm Bayley, Bruce and Burnham.

Spells with other firms, including female advice specialist Fiona Price & Partners, followed before she established Paramount Group with six fellow directors in 2004. A female advice brand, Elements, was created within Paramount the following year but by 2008 Paramount had been sold to Towergate. After four years at Towergate, Anstee left to establish Anstee & Co.

“After being in the industry for 35 years I decided to look at all the things I’d done and bring together the good bits, such as being able to work with people I like who share the same ethos and value, being the owner of the business, being independent and in control,” says Caroline Anstee.

“You see different styles of how clients are looked after and how you can do the things you have to do, not just legislation and regulation. The only way you can do it the way you want to is by being in control.”

Despite her interest in the women’s advice market, Anstee did not want to restrict Anstee & Co to female clients, so the firm has a broad range of clients and has male advisers too. That said, being a female-owned, female-led advice firm has resulted in more female clients from referrals.

Anstee believes education is key to encouraging more people to get advice, as they are more inclined to realise that they need advice if they are aware of what an adviser does.

“If people are not educated about personal finance, they don’t think they have to buy something like life cover. They have to have car insurance but nobody says they need life cover. We used to have people like the man from the Pru knocking on doors. So a whole generation saved and took out cover because there were people collecting the premiums. I’m not saying we should go back to those days but people are more of a challenge. We leave it for them to think about it and come and see us but we need to be educating them. And there needs to be more people in the industry.”

In the summer, Anstee was invited to a Westminster Business Forum event entitled “The future for financial advice and guidance – regulation and the role of technology”, where one area of discussion was how the industry could give mass market advice. She noticed the same statistic kept cropping up.

“I kept hearing ‘we’ve only got 20,000 advisers, so what are we going to do?’ But not one person talked about what we can do to increase that number,” she says.

The power of promotion

Anstee believes more focus on financial education will create greater awareness of the role of the adviser, which in turn will generate more interest from potential recruits who can cater for more people needing advice.

“There will be a place for robo-advice but it’s relationships that count. With robo-advice, people have got to know what they want. They can get an Isa but if they are not financially educated. How do they know an Isa is what they need?” says Anstee.

She thinks something needs to be done quickly as to how the industry promotes itself to potential recruits.

“It’s still seen as something you fall into. There needs to be a major campaign to people out there promoting the industry so that people can see how exciting it is.”

Acknowledging some of her peers are fed up with the industry due to regulation and constant change, and are counting the days until their retirement, Anstee says: “Change happens but it is good; you have to embrace it. What hasn’t changed is client need for advice. People still die, they still get divorced, and they still need us. That’s what you’ve got to focus on.”

What’s the best bit of advice you’ve received in your career?

Do the right thing for your clients

What keeps you awake at night?

Knowing you’ve done the right thing at the time but not knowing if the FCA will change the rules in the future, so it could all come back to haunt you.

What has had the most significant impact on financial advice in the last year?

Pension freedoms. I think it’s brilliant as people have choice and have to think about planning.

If I was in charge of the FCA for a day I would…?

Produce a rule book as opposed to guidance and templates for people to use.

Any advice for new advisers?

The same advice I was given: do the right thing.