Income Protection. It will never happen to me. 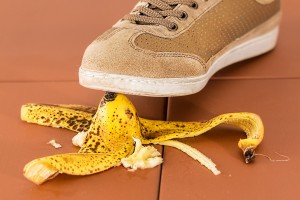 As I sit here writing this article, many of you are probably enjoying an unexpected ‘snow day’ off work, whilst others, like me, might be juggling working from home with their children having a snow day off too.

Have you considered how you would cope financially if you had a much longer unexpected break from work if you were to become seriously ill or injured in an accident?

It always surprises me when I ask a new client how long their employer would pay them if they were off work for a prolonged period of time, and the answer is mostly ‘no’.  Make it your mission to find out how much you would be paid today.  If you won’t be paid full pay until state retirement age (most unlikely) then you might find you have a shortfall to deal with.

But it will never happen to me.

Most people think it won’t happen to them, but just sit and think a moment about the people you know, who have been off work due to illness for more than three months.  I have a long list but here are just a few:

If this was you, would you be able to keep on top of your household bills?  If you have a partner, do they earn enough to pay all the bills on just their income? What if they do earn enough, would you want to put the pressure of being the sole breadwinner on to them, on top of possibly having to help care for you?

If the answer to any of these is ‘no’, then you really need to take action and review your protection arrangements.  There are two types of illness protection on the market, Critical Illness and Income Protection.

This pays out a lump sum on diagnosis of a specified illness within the policy conditions.  For some illnesses, they will also specify the severity of the illness.  This is quite handy for paying off a mortgage in the event of illness but is quite expensive and has its limitations due to the fact that you have to be diagnosed with a ‘critical’ illness to claim.  There are lots of things that can affect your ability to work that are not ‘critical’.

As long as you have an ‘own occupation’ policy, this pays out a monthly income if YOU cannot do YOUR job due to an accident or illness.  This means that it has a far broader spread of illnesses that it will pay out for than critical illness cover.  It will pay for broken backs, mental health issues etc.

In fact, because of the own occupation definition, it would even pay out if a surgeon sliced the top of his finger off.  This is very far from critical, but it would stop him from doing his job.  If that surgeon chose to then become a lecturer or a GP instead and his earnings decreased, he could still get a top-up from the policy to his previous level of income.

The income protection policy will continue to pay until either you returned to work, or the end of the policy.  We would always advise that the policy is taken out to state pension age, even if you are planning on retiring early, as your ability to fund early retirement might change dramatically if you are in a position where you have to claim on the policy.

How we can help you with Income Protection.

Whilst we like to help you plan for the nice things in life, like saving for a specific goal or retirement, we have to put things in place for the obstacles that might come your way.

If you would like to discuss this further then why not arrange a free review meeting today. We have offices at-

We also make use of meeting rooms in Bedford, Northampton, Towcester and Warwick.