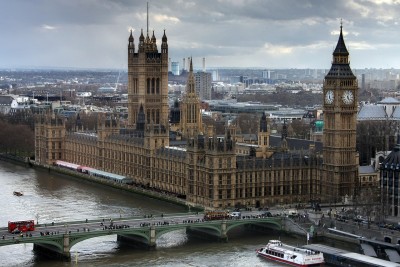 On the 9th of July (which just happened to be my birthday) I jumped on a train south to London. On arrival, I headed straight to the Houses of Parliament in Westminster to attend a committee meeting arranged by the Equity Release Council.

The meeting took place in Portcullis House, a relatively new addition to these ancient halls of power. Having passed through the necessary security checks into the light & airy modern atrium space I was directed upstairs to the “Boothroyd Room”, named in honour of the former Speaker of the House.

I was a little early so took a quick stroll around the landing, looking at the various paintings of former Prime Ministers that adorn the walls. It wasn’t long before I was in front of a painting of one whose legacy still ripples through those halls, the Iron Lady herself, the Right Honourable Margaret Thatcher. Further along were paintings of Tony Blair, Neil Kinnock, William Hague and many others.

What was the meeting all about.

We were then called to the meeting, whose purpose was to discuss-

The meeting was chaired by Equity Release Council chairperson David Burrowes (himself a former MP) who gave a brief introduction before passing over to Damien Green MP.

Damien had the room laughing straight away as he advised the current PM was giving a speech on Brexit in the House at 5:30 pm and he thought our meeting would be a friendlier place to be!

He then provided various statistics from which it was clear that he believes that we face a severe challenge as the population is growing older, and may have to cover their own care costs. It was reassuring to note that he also felt that Equity Release providers may have a key role in the solution. One proposal discussed was to create an Equity Release product in order to purchase Long Term Care bonds with all of the protection of Equity Release Council products built in.

What was discussed at the meeting?

The debate was varied, at one point consideration was given to perhaps offering tax breaks if funds were deposited into pre-paid Long-Term Care products (similar to pension tax relief).  We then agreed that many would be concerned about the situation if they then did NOT need care. It was suggested that the fund might then guarantee to cover costs of a funeral, which seemed like a good idea.

Next up was Jacqueline Berry, director from My Care Consultants who are dedicated to ensuring people can access benefits and support when needed. She emphasised that just at a time when people are at their most vulnerable they need someone to guide them through the system.

Steven Lowe from Just then surprised us by highlighting that half of all care costs are actually incurred by younger people and that parents might be prepared to raise the cost against their own property to help their children.

All too quickly the meeting was over, and the MP’s present dashed across the corridor to the commons chamber to take part in what transpired to be a very important late afternoon session indeed!

I came away feeling like we, as members of the Equity Release Council, are being heard by those that matter, and that we really do have support for our cause. Great Stuff!

How Anstee & Co can help you with Equity Release.

If you would like to find out more or to arrange a meeting with Darren then please contact us. Darren and Anstee & Co. are members of The Equity Release Council.