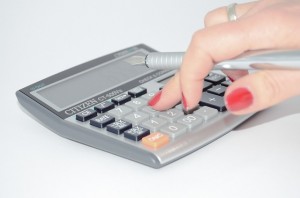 Less than half of young people aged seven to 17 are receiving financial education at school.

New findings by the Money Advice Service, released today at the launch of Financial Capability Week 2016, shows that just 4 in 10 young people in the UK say they’ve received financial education, which is designed to teach children how to handle their finances confidently and is currently part of the curriculum across the UK.

This, despite the fact that an overwhelming 90% who’d received financial education lessons said they found them useful. In addition, the survey findings showed that only 7% of children surveyed said they’d taken the time to speak to their teacher about money.

There is an issue outside of the classroom too. Only 61% of parents admitting that they feel confident talking to their children about money and with only one-third involving their children in discussions about their household finances.

“I have for some years been concerned about financial education for students. To this end I have produced a set of videos that can viewed through our website. The videos are aimed at students, but useful to all, to help understand and practice astute money management.”

What is the impact of not having financial education?

When young people don’t receive financial education, it can mean that they’re poorly prepared to manage their own money as they approach adulthood. Today’s research clearly demonstrates this – among 16 – 17 year olds, 32% said they didn’t have experience of putting money into a bank account, 39% said they didn’t have a current account at all and a shocking 59% couldn’t read a pay slip.

The figures below from the London Institute of Banking and Finance were released as part of their Young Person’s Money Index and support the findings presented above.

How we can help with financial education.

We have commised a series of short “bit size” educational vidoes that cen be view here.

The videos are free of charge and although aimed at students it has proved useful to all age groups.

Anstee & co have office in Kettering, Stamford and London. We have derived these videos to schools in Wellingborough. Our financial advisers make use of meeting rooms in Bedford, Towcester, Northampton and Bedford. Financial advice can be given in Northamptonshire, Lincolnshire, Bedfordshire and Warwickshire.